Why chocolate is always a good idea

The subject of a 3pm craving, the object of many people's desire, the ever faithful friend who is always there for you. Yes, we love it, but should we really feel guilty about eating it? Did you know that chocolate has been proven to reduce the risk of a whole lot of health problems? It lessens the risk of stroke (especially in women) thanks to the antioxidant properties it boasts. It also aids in reducing the likelihood of heart attack and heart disease by preventing blood clots and reducing inflammation.  It may even help prevent the Big C. Cocoa contains a certain compound that interrupts the ability of cancer cells to spread. Go Team Cocoa!! And while it may seem odd, chocolate also reduces the risk of diabetes by increasing the body’s sensitivity to insulin – whatever that means. But hey, we’ll chalk it up as another win for the mighty chocolate!

2. It makes you look better

Despite many people claiming that chocolate gives them acne, it’s actually good for your skin – the dark stuff at least. There are these fancy things in chocolate called ‘flavonoids’ and they protect skin (especially in women) from the sun’s harmful UV rays. But don’t go lathering yourself in melted Dairy Milk to avoid sunburn. While that may be an effective home-tanning solution (debatable), you’ll still need to slip, slop, slap with the old 30+ 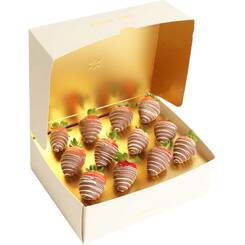